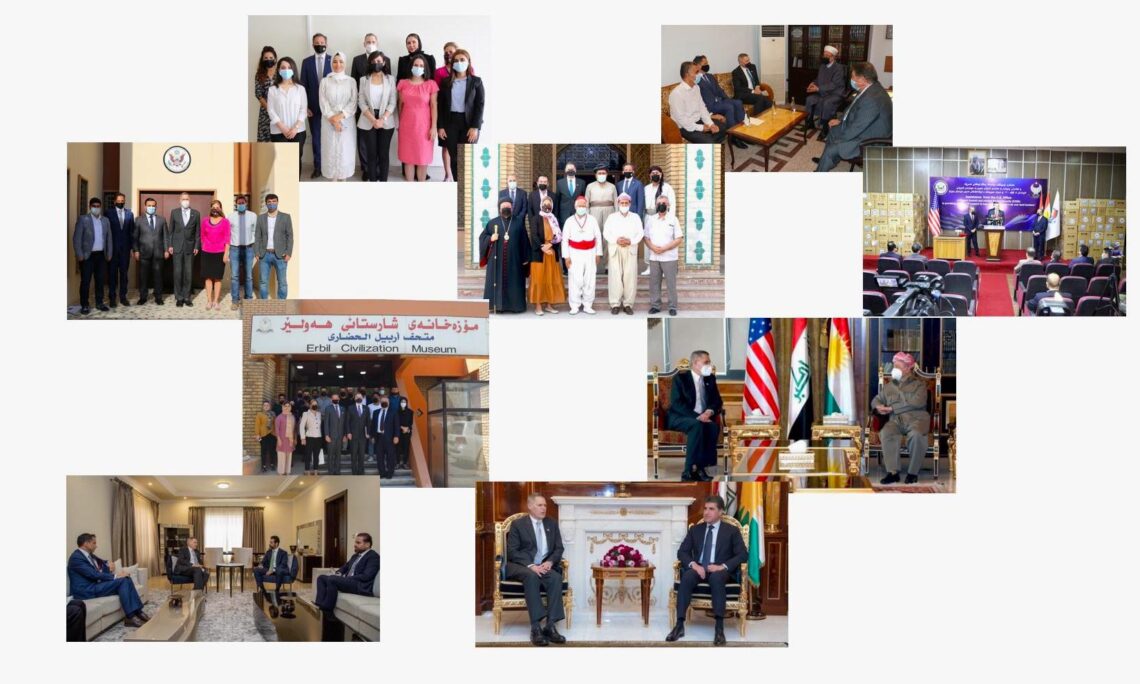 U.S. Ambassador to Iraq, Matthew H. Tueller visited the Iraqi Kurdistan Region (IKR) on August 9-11. Ambassador Tueller, accompanied by Consul General Robert Palladino, met with IKR President Nechirvan Barzani, Kurdistan Regional Government (KRG) Deputy Prime Minister Qubad Talabani, and the President of the Kurdistan Democratic Party Masoud Barzani. The Ambassador and IKR leaders discussed the outcomes of the recent Strategic Dialogue between Iraq and the United States, the importance of continued security, commercial, and cultural cooperation in the IKR, elections, and other current events. Ambassador Tueller encouraged the IKR leaders to maintain unity and stability for the prosperity of their people.
While in Erbil, Ambassador Tueller also met with civil society representatives, including religious leaders, women alumnae of U.S. government-sponsored exchange programs, and journalists reporting in the IKR to discuss U.S. policy toward Iraq. In addition, Ambassador Tueller visited and toured the Jalil Khayat mosque as well as the Erbil Civilization Museum, where he saw artifacts dating back to the prehistoric period. He also participated in a ceremony highlighting the United States’ donation of personal protection equipment to the KRG Directorate of Customs to help protect officials against COVID19 while carrying out their duties at the borders.
Ambassador Tueller underscored the United States’ commitment to continue supporting Iraq and the IKR through a variety of initiatives including through humanitarian aid to assist vulnerable populations and security cooperation to advise and support the fight against ISIS.