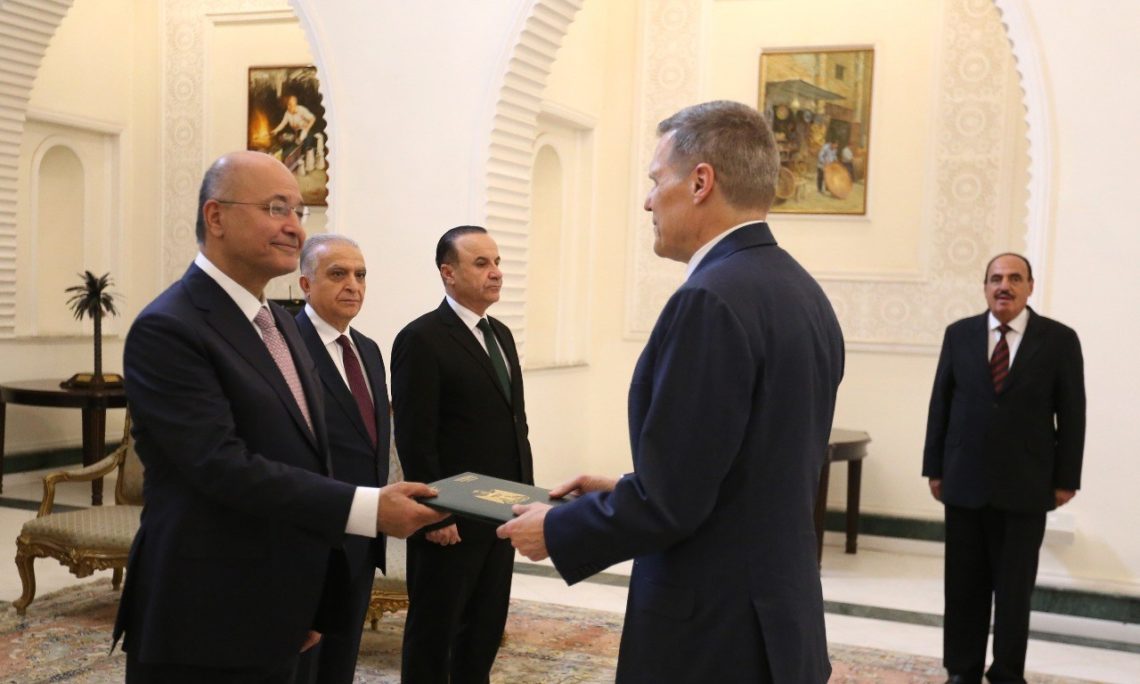 Ambassador Tueller thanked President Salih and Minister Alhakim for their warm reception and commented, “The United States is committed to our Strategic Framework Agreement which defines our bilateral relationship with Iraq as one of America’s most important and strategic partners in the region.  I am honored to serve as the U.S. Ambassador to Iraq and I look forward to engaging with our Iraqi partners and the Iraqi people to support a united, democratic, and prosperous Iraq.”