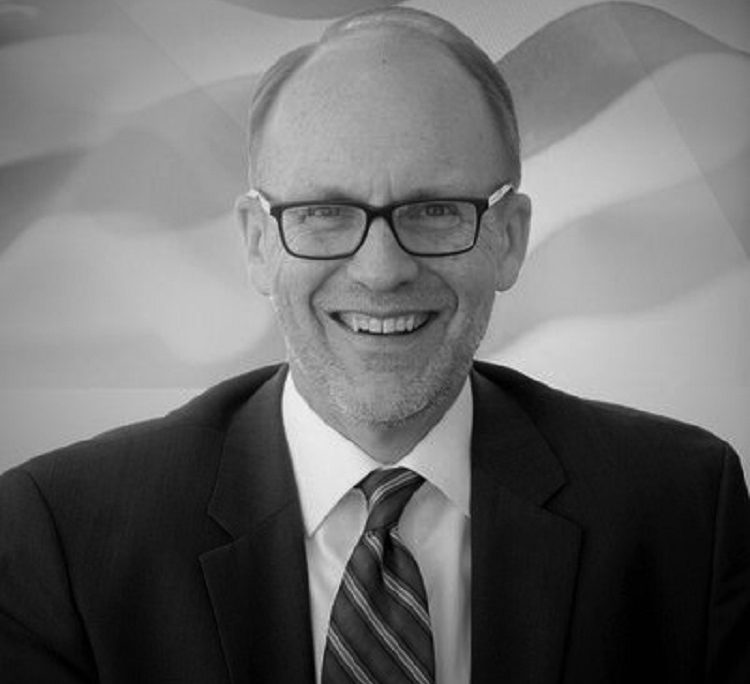 It has been my privilege to serve as the Ambassador of the United States to Iraq for the past two and a half years working to strengthen the economic, security, and cultural ties between our two nations.  The United States and our diplomatic posts in Baghdad and Erbil strongly support Iraq’s unity, sovereignty, democracy, and prosperity, and a stable and viable Iraqi Kurdistan Region as part of the Iraqi state.

As I depart Iraq, I take with me fond memories from the many parts of Iraq I visited.  Everywhere we went, my wife Catherine and I were inspired by the country’s diversity and moved by the warmth and generosity of its people.  We strolled through date groves in Basrah and walked in the footsteps of Abraham among the ruins of Ur in Nassiriya. We experienced the recovery of Iraq’s beautiful southern marshes in Chibayish, and stood at the feet of the Lion of Babylon.  I visited the Fallujah Teaching Hospital, restored with American assistance, and spoke with brave Counterterrorism Service warriors at the Wounded Warriors rehabilitation center in Baghdad. I tasted kebabs in the Erbil market, delivered a speech at the American University of Iraq – Sulaimaniyah, and visited the tomb of the prophet Nahum in al-Qosh.  I will cherish the experiences and friendships that grew out of getting to know this vast and beautiful country.

Over the past two and a half years, Iraq has made progress, although it is sometimes hard to see that progress through the din of politics.

When I arrived as Ambassador at the end of the summer of 2016, Daesh was an existential threat to Iraq and the region, and the Iraqi Security Forces were about to launch their heroic effort to retake Mosul.  After many hard-fought battles and the loss of many brave Iraqis, Iraqi forces, in partnership with the International Coalition led by the United States, liberated Mosul and expelled Daesh’s army. But the fight is not over.  At the request of the Iraqi Government and in full cooperation with Baghdad, just over 5,000 American forces continue to partner with the Iraqi Security Forces on their bases to advise, train, and equip them to ensure the lasting defeat of Daesh and to defend Iraq’s borders.  The Coalition, representing 74 nations and five international organizations, has trained more than 190,000 Iraqi police officers and soldiers.

As Daesh was rolled back, security in Baghdad and other areas of Iraq improved greatly.  Through the efforts of the Iraqi government, the United States, and other international partners, more than four million displaced Iraqis have returned to their homes in safety and with dignity.  Smaller ethnic and religious communities that Daesh targeted for genocide have begun to recover.

In all of this progress, I see nearly limitless opportunities for Iraq going forward.  Iraq is a rich country with abundant oil, gas, water, and arable land. Iraq has a smart, educated, and hard-working population.  And Iraq enjoys the support of the United States and dozens of other nations who want to see it develop into a truly sovereign, independent, democratic and prosperous country.

Iraq, however, faces daunting challenges.  By 2025, one million young Iraqis will enter the job market every year, but the government can no longer afford to provide jobs to all who need them.  Armed factions outside the control of the state have gained a hold on many areas of the country, stoking fear and discouraging many displaced Iraqis from returning to their homes.  Daesh still seeks to sow fear among Iraqis through terrorist attacks. Impenetrable bureaucracy, corruption, and uncertainty hold back Iraq’s businesspeople, hindering them from expanding their enterprises and creating new jobs.

The United States, and I personally, wish success for Iraq, and I humbly offer my views of how Iraq can best succeed.

First, Iraq must protect its sovereignty by securing its borders and building security forces that answer only to the government.

Second, Iraq must free its economy of the corruption and bureaucratic obstacles that inhibit Iraqi businesspeople from expanding their enterprises and creating new jobs.

Third, Iraq must remain open to the world and expand its influence across the globe.

Some want Iraq to have only one friend.  The United States wants Iraq to have a hundred friends and choose the ideas and practices from each that most benefit Iraq’s security, society, and economy.

In the coming period, Iraqis will have important choices to make.  I hope that you decide to choose Iraq every time.