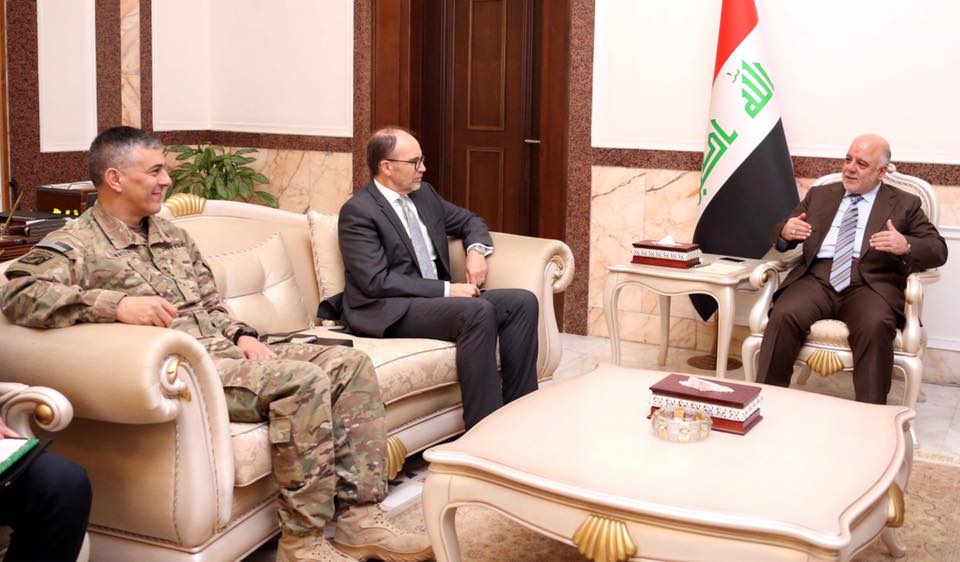 On February 2, American Ambassador to Iraq Douglas Silliman and Commander of Combined Joint Task Force – Operation Inherent Resolve General Stephen Townsend, met with Prime Minister Haider Al-Abadi. The Ambassador, Prime Minister and General discussed the recent achievements by Iraq forces against Daesh and the support of the International Coalition in the fight against Daesh and the U.S. Government support for humanitarian assistance and stabilization after the defeat of Daesh.