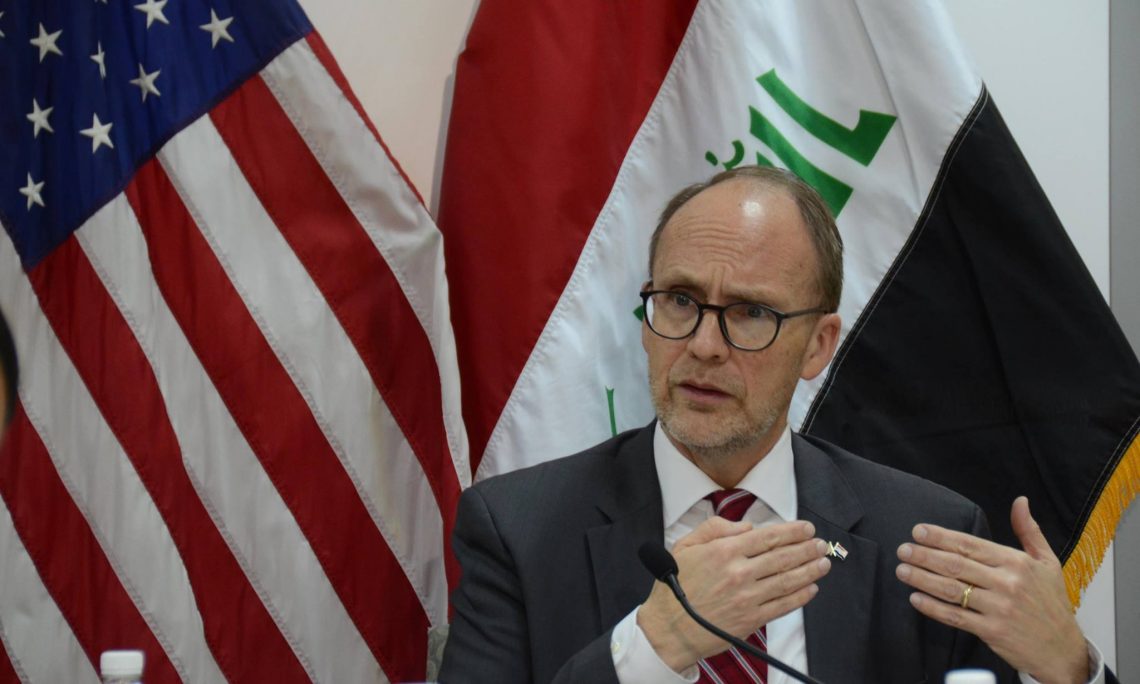 Ambassador Silliman Roundtable with Iraqi Local Media
In roundtable session with Iraqi Journalists U.S. Ambassador to Iraq Douglas Silliman commended the bravery of all the Iraqis fighting to liberate Mosul from Da’esh. He noted that the battle to free Mosul is difficult because of the size of the city and the “abomination” of Da’esh using civilians as human shields and attacking aid-distribution points in liberated areas. He added that the coalition’s air strikes have focused on destroying the factories that produced VBIEDs as well as the bridges Da’esh uses for moving the VBIEDs, fighters, and supplies.