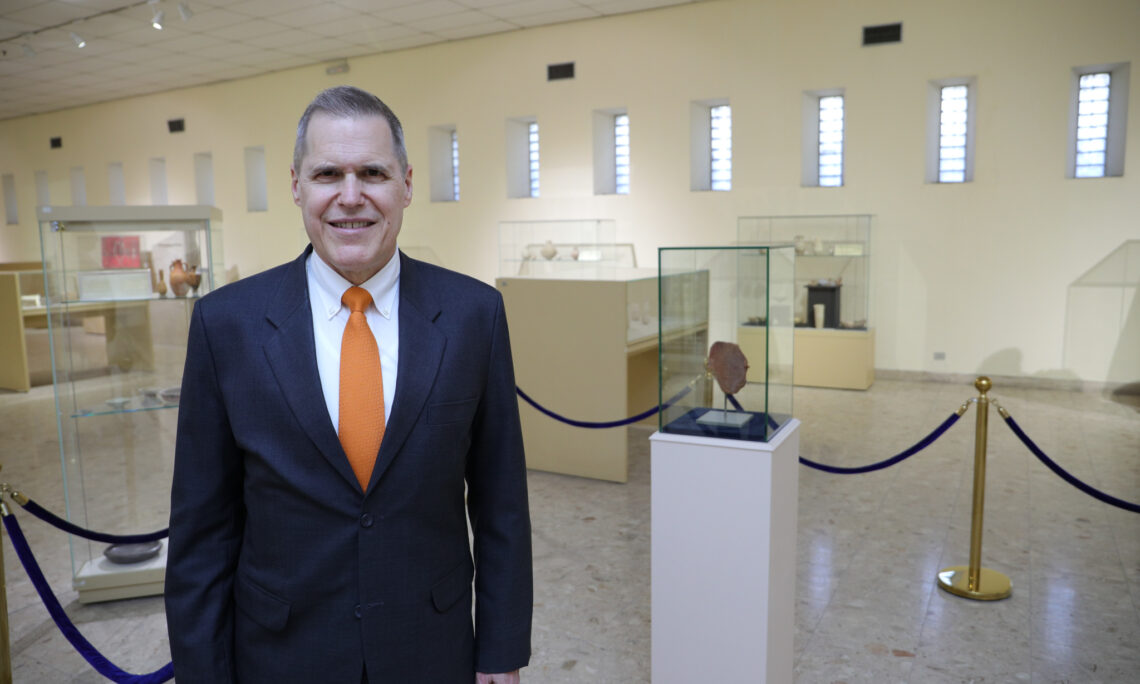 Ambassador Matthew H. Tueller visited the National Museum of Iraq on April 5 and admired the art and artifacts on display from the ancient Sumerian, Babylonian, Akkadian, Assyrian, and Chaldean civilizations. Among the museum’s historied collection was the Gilgamesh dream tablet, one of the world’s oldest surviving works of literature, an invaluable national treasure that the United States helped repatriate to Iraq in 2021.

The United States has contributed more than $40 million since 2003 to help preserve Iraq’s precious national and global heritage through the restoration of archaeological sites across the country. Our efforts helped digitize thousands of manuscripts, photographs, stories, songs, oral histories, and other materials from Iraq’s diverse communities. We have also facilitated the voluntary repatriation of 17,000 artifacts to Iraq.