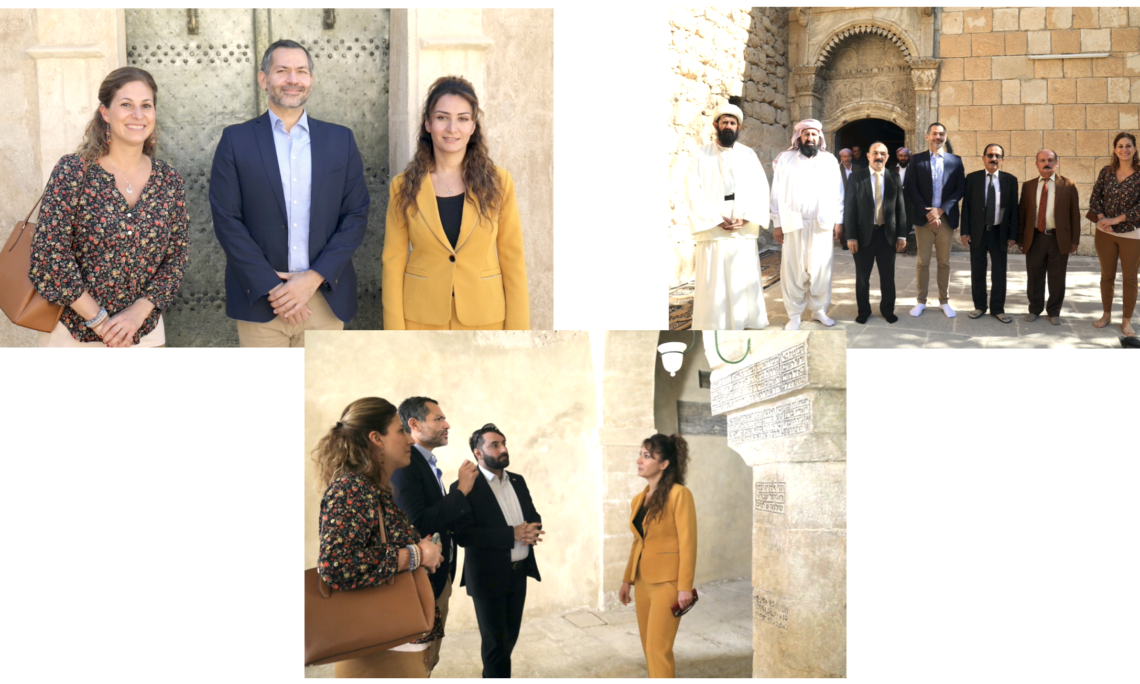 Minister Counselor for Public Affairs Daniel Ernst visited Alqosh to see the completion of the renovations of the Nahum Tomb made possible with a $1 million dollar grant from the United States. Mayor Lara Zara met the U.S. delegation and provided a tour and an explanation of the significance of the site. The Tomb of Nahum is a symbol of coexistence and religious tolerance and is rich in cultural importance to Jewish, Christian, and Muslim populations from around the world. This project is helping to safeguard history, revitalize the local economy, and bring tourists to the area.

Ernst also paid a visit to the Yezidi’s sacred Lalish Temple and met with Yezidi leaders and archaeologists from the University of Pennsylvania who are working on the renovation of the Temple. Ernst learned more about the ongoing renovation process at Lalish Temple and underscored the U.S. continued support for religious and ethnic minorities, including the preservation and restoration of their places of worship.