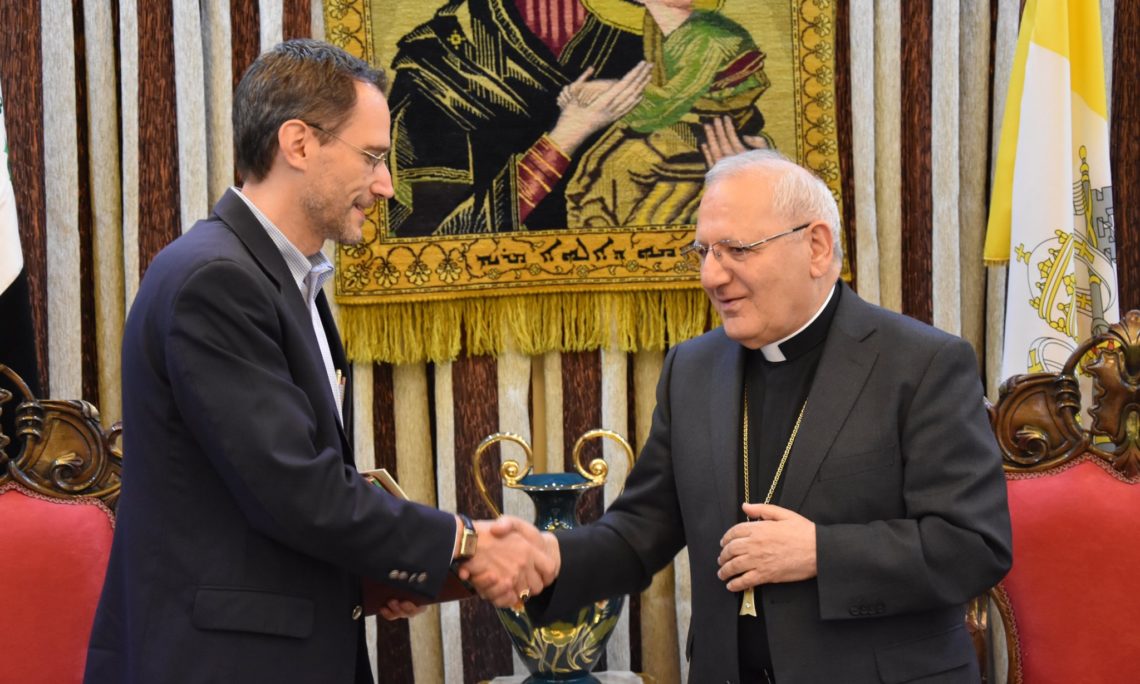 On Saturday, Chargé d’Affaires Joey Hood met with Cardinal Louis Raphael Sako at the headquarters of the Chaldean Patriarchate at Al-Mansour district in Baghdad.

Additionally, they discussed the U.S. government’s humanitarian and stabilization assistance, over $2.5 billion since 2014, including support to Chaldean Christians in Ninewa, the rehabilitation of houses in the town of Batnaya, north of Mosul. and the recent $100 million pledge from the U.S. to rehabilitate hospitals, schools, water systems, and electrical grids in Anbar.

The U.S. Government remains steadfast in our commitment to the Iraqi government and the Iraqi people.