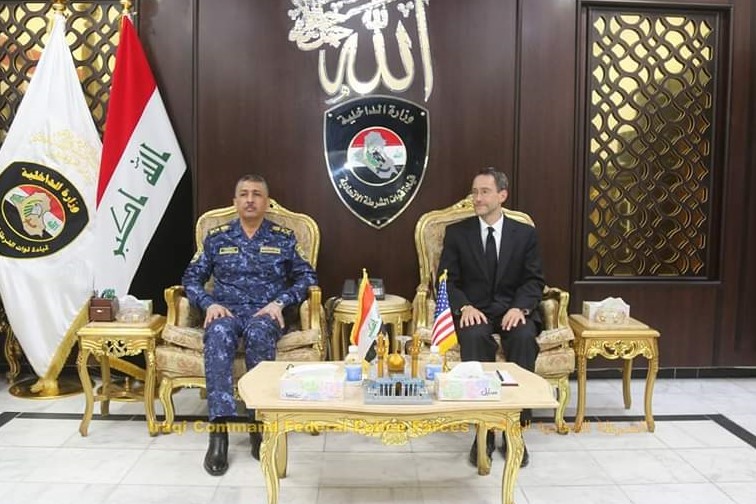 Chargé d’Affaires Joey Hood met with Federal Police Commander General Raed Shakir Jawdat in Baghdad and stressed the U.S. commitment to Iraq as one of America’s most important and strategic partners in the region and the importance of a strong, stable and sovereign Iraqi government.

Hood thanked General Jawdat and said the U.S. was fully confident in the determination of the Iraqi security forces to keep people safe.

The U.S. will continue to partner with Iraqi Security Forces, advising, training, and equipping them in their efforts to eliminate ISIS as a threat to Iraq and to continue our work improving the interoperability and communication between all components of the Iraqi security forces. Hood also noted the U.S. commitment to abiding by the Strategic Framework Agreement, including the prohibition on using Iraqi territory to attack any other country.