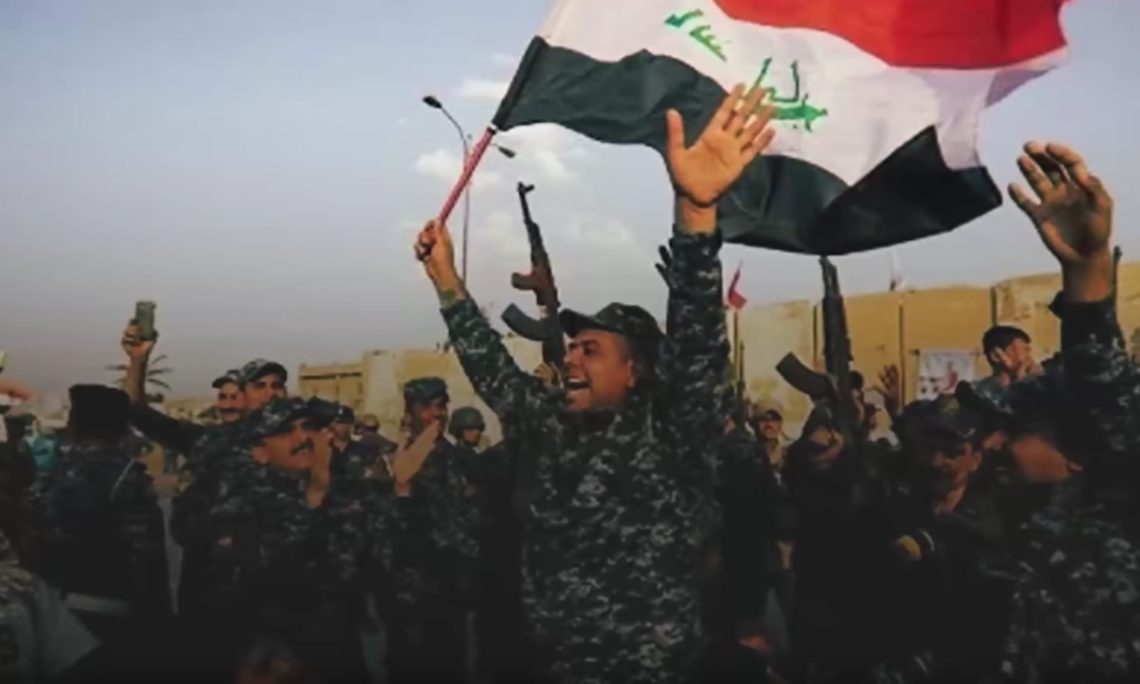 SOUTHWEST ASIA – The Coalition congratulates the Syrian Democratic Forces on the liberation of the remaining civilians under Daesh control and the elimination of Daesh’s self-proclaimed territorial caliphate in the Middle Euphrates River Valley, Syria, March 23, 2019.

Since the beginning of operations in 2014, the Coalition and partner forces have liberated nearly 110,000 square kilometers (42,471 square miles) from Daesh; as a result, 7.7 million people no longer live under Daesh oppression.

“The end of the so called physical caliphate is a historic military accomplishment that brought together the largest Coalition in history, but the fight against Daesh and violent extremism is far from over,” said U.S. Army Lt. Gen. Paul LaCamera, Combined Joint Task Force–Operation Inherent Resolve commanding general.

The SDF ground operation to defeat Daesh in the MERV began in September 2018. Coalition and Iraqi Security Forces supported the ground offensive through cross border air and artillery strikes. The Coalition and its partner forces have, among other areas, liberated Hajin, Dashisha, land around Deir ez-Zor and Baghuz Faqwani.

“It is important for us to remember all those who died during the fight against Daesh. During this four-year campaign, thousands of Syrian Democratic Forces and Iraqi Security Forces did not return to their families. I pray for your losses, and for a speedy recovery of your wounded,” said LaCamera. “We also cannot forget our Coalition members who saw their last full measure of devotion in the pursuit of defeating Daesh. These Coalition and partner force fighters put their nation’s needs before their own and defended the world against the threat of Daesh. They represented the best of their country. We must never forget their courage, dedication, and sacrifice.”

LaCamera continued, “The 74 nation and five international organization Coalition will need to maintain a vigilant offensive against this now widely dispersed and disaggregated organization.”

“Make no mistake, Daesh is preserving their force” LaCamera added. “They have made calculated decisions to preserve what is left of their dwindling personnel and capabilities by taking their chances in camps for internally displaced persons and going to ground in remote areas. They are waiting for the right time to reemerge.”

More than 60,000 Daesh terrorist and civilian have surrendered or fled from Baghuz Faqwani over the past month.

“Many civilians evacuated from Baghuz Faqwani are family members of Daesh terrorists and they willingly subscribed to Daesh’s radical ideology. These family members will not easily abandon their ideology. Their reintegration into society will require a collective effort from the coalition and international community to help eliminate conditions that would allow Daesh to reemerge,” said LaCamera.

“Now is not the time to rest and the assistance from the members of the Coalition is critical in consolidating our military gains. We recognize that military action alone will not ensure success and will continue to advocate continued support towards the enduring defeat of Daesh. International support to Iraq and northeast Syria is critical to the success of the enduring defeat of Daesh. More importantly, we must redouble our efforts at defeating their ideology,” LaCamera concluded.

The Coalition will continue work with our SDF partners and assist them in building their capabilities to ensure the enduring defeat of Daesh; we will also focus on defeating their ideology.