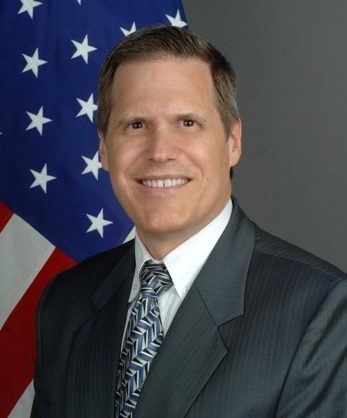 Ambassador Tueller holds a B.A. from Brigham Young University and a M.P.P. from Harvard University’s John F. Kennedy School of Government.  He was confirmed by the Senate to be Ambassador to Iraq on May 16 and presented his credentials to the Iraqi government on June 9, 2019. Ambassador Tueller is married to DeNeece Gurney of Provo, Utah and they are parents of five children.