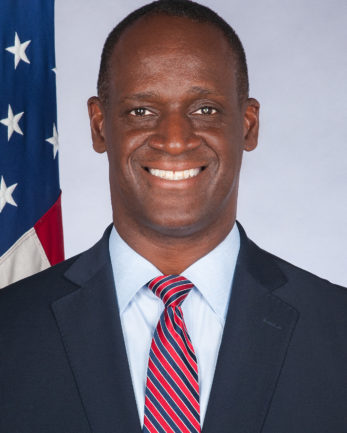 On July 31, 2017, Mr. Timmy Davis assumed responsibility as the Consul General for the U.S. Consulate in Basrah. Mr. Davis joined the Foreign Service as a political officer and his overseas tours include Guatemala City; Najaf, Iraq; Canberra, Australia; Basrah, Iraq; and Bogota, Colombia. In Washington, Consul General Davis has served as a Senior Watch Officer in the State Department Operations Center, Special Assistant to Secretary of State Hillary Clinton, Director for Iraq at the National Security Council, Deputy Chief of Staff to the Special Presidential Envoy to Counter-ISIL, Chief of Staff to the Counselor of the Department, and most recently, as Chief of Staff in the Office of the Undersecretary for Political Affairs.

Mr. Davis is from New Orleans and attended the University of Alabama. He served in the United States Marine Corps for nine years before joining the Foreign Service.