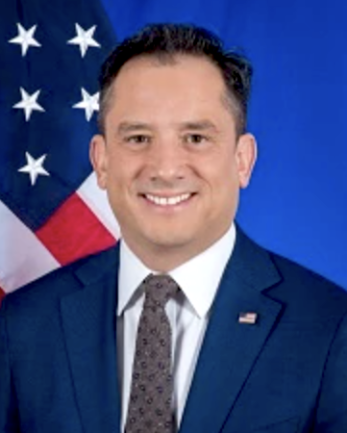 Robert Palladino assumed charge of U.S. Consulate General Erbil in July 2021. A career diplomat, Robert has worked on key foreign policy and national security challenges across Asia, Europe, and the Middle East. Robert most recently served as chief of staff to the Deputy Secretary of State, the Department of State deputy spokesperson, and director of strategic communications and acting National Security Council spokesperson. He has served in a variety of positions in the East Asian and Pacific Affairs bureau and overseas in China, Vietnam, and Italy. Robert also has served as senior advisor to the Under Secretary for Public Diplomacy and as national security fellow to Senator Kirsten Gillibrand. Prior to joining the Department of State, Robert practiced law in East Asia and Europe in the U.S. Army JAG Corps. He is a graduate of the University of Notre Dame, the Washington & Lee University School of Law, and the U.S. Army War College. Robert speaks Chinese and Italian. He is married with two teenage daughters.
كوردى