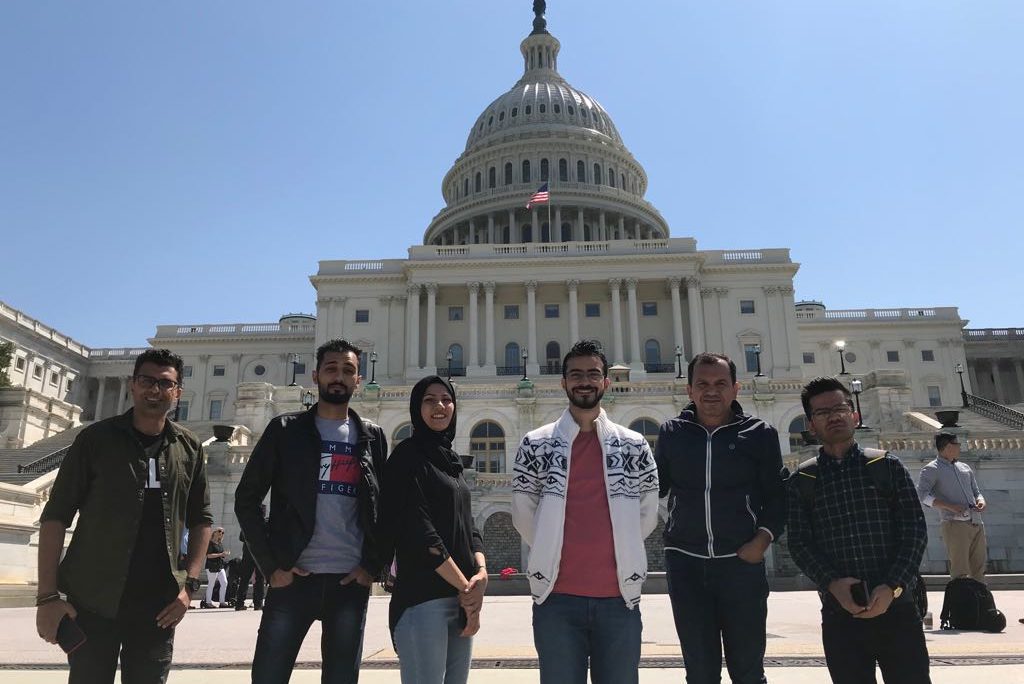 The U.S. Embassy has sent a group of Iraqi journalists and social media practitioners to the United States for a two-week #DigitalMediaProgram. The program aims to expose the participants to modern practices in digital media and also connect them with American and international media and press organizations.

First stop: Washington, D.C.
While in Washington, the participants of the Digital Media Program had the chance to attend a lecture about Federalism to learn more about how the U.S. federal government works and the constitutional relationship between U.S. state governments and the federal government of the United States. Officials at the U.S. Department of State also welcomed the participants and they had the chance to meet with the director of the International Media Engagement office and the director of the Digital Media Engagement Office and learn more about the Department’s Regional Media Hubs and the work they do to engage foreign audiences.

By U.S. Embassy in Baghdad | 11 May, 2018 | Topics: News, Public Affairs, Scholarships and Exchanges