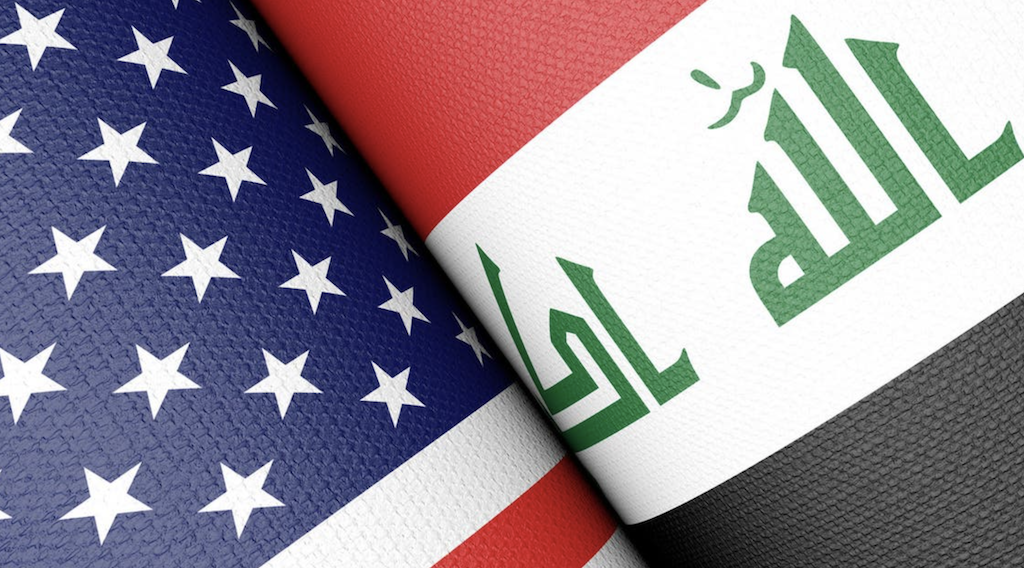 The text of the following statement was released by the Governments of the United States of America and the Republic of Iraq.

The delegation of the Republic of Iraq, led by Dr. Fuad Hussein, Iraqi Minister of Foreign Affairs, and the delegation of the United States Government, led by Secretary of State Antony J. Blinken, co-chaired a meeting of the Higher Coordinating Committee via video teleconference today, in accordance with the 2008 Strategic Framework Agreement for a Relationship of Friendship and Cooperation between the United States of America and the Republic of Iraq.  The two sides reaffirmed their strong bilateral relationship, which benefits the American and Iraqi people.  The discussions covered security and counterterrorism, economics and energy and the environment, political issues, and cultural relations.  The Iraqi delegation also included representatives of the Kurdistan Regional Government.

The two delegations reaffirmed the principles agreed upon by the two countries in the Strategic Framework Agreement (SFA).  The United States reaffirmed its respect for Iraq’s sovereignty, territorial integrity, and relevant decisions of the Iraqi legislative and executive authorities.

Recognizing the difficulties brought about by the COVID-19 pandemic and the resulting global economic downturn, the United States and Iraq reaffirmed their strong economic partnership.  The United States commended Iraq for its recent steps toward accession to the New York Convention on Arbitration and the introduction of a visas-on-arrival system to promote international trade and foreign investment.  Both countries intend to work closely together as Iraq commits to implementing reforms to diversify its economy, improve the business climate, and help create a more vibrant private sector.  The U.S. delegation reaffirmed that American companies can assist in this diversification by investing in projects that will create jobs, improve public services, and help develop the country’s energy resources.

The two countries also discussed greater cooperation to combat the COVID-19 pandemic and the management of water resources.  The U.S. government contributed funds to renovate and equip Iraqi public health laboratories; donated test kits and personal protective equipment; and trained Iraqi epidemiologists to identify and respond to the current and future outbreaks.

The United States expressed its support for Iraq’s efforts to reform its power sector so that its citizens have cheaper and more reliable electricity, and fewer power shortages.  Both countries affirmed their support for Iraq diversifying its sources of energy by building greater ties to its neighbors in Jordan and in the Gulf Cooperation Council, including by moving forward with electric grid interconnection projects.

Iraq and the United States noted their mutual intent to address the climate emergency and to work together to promote clean energy and combat climate change, including with the U.S. private sector, by implementing projects that promote clean energy development, improve electricity generation through solar energy and energy efficiency, and capture Iraq’s flared gas.  Such projects should contribute to improving Iraq’s nationally determined contributions under the Paris Climate Accord, a development that is welcomed by the United States.  The United States and Iraq discussed cooperation with U.S. scientific agencies on management and protection of Iraq’s environment and natural resources, including water.  The United States welcomed progress between the Iraqi Federal Government and the Kurdistan Regional Government in reaching agreements on budgetary, energy, and other strategic issues.

The United States reaffirmed respect for Iraq’s sovereignty, territorial integrity, and freedom of expression guaranteed by Iraq’s constitution.  The two delegations discussed how the United States could best support the Iraqi government to protect peaceful protesters and civil society activists and pursue judicial accountability.  Iraq welcomed the United States government’s support for parliamentary elections through funding for the United Nations Assistance Mission for Iraq.  The two countries have jointly moved to extend the maximum validity of visas for diplomatic travelers and government delegations to two years, reducing administrative delays on both sides.  This ensures greater mobility and direct communication between our governments.  The United States reaffirmed its continued intention to support Iraq in advancing durable solutions for internally displaced persons that are voluntary, safe, and dignified, and to help those communities that were targeted for genocide by ISIS.  Both countries discussed their intention to achieve further progress in the field of judicial cooperation, in the recovery of stolen assets, and in combating and prosecuting corruption.

In the security and counterterrorism discussion, the United States and Iraq reaffirmed their mutual intention to continue bilateral security coordination and cooperation.  Both countries reaffirmed that U.S. forces are in Iraq at the invitation of Iraqi Government to support the Iraqi Security Forces (ISF) in their fight against ISIS.  Based on the increasing capacity of the ISF, the parties confirmed that the mission of U.S. and Coalition forces has now transitioned to one focused on training and advisory tasks, thereby allowing for the redeployment of any remaining combat forces from Iraq, with the timing to be established in upcoming technical talks.  The transition of U.S. and other international forces away from combat operations to training, equipping, and assisting the ISF reflects the success of their strategic partnership and ensures support to the ISF’s continued efforts to ensure ISIS can never again threaten Iraq’s stability.

The Government of Iraq reaffirmed its commitment to protect the Global Coalition’s personnel, convoys, and diplomatic facilities.  The two countries also emphasized that the bases on which U.S. and Coalition personnel are present are Iraqi bases and their presence is solely in support of Iraq’s effort in the fight against ISIS.  The two countries intend to continue talks through the Joint Military Committee to ensure Global Coalition activities are aligned with and appropriately support the needs of the ISF, including the Peshmerga.

With regard to higher education, science, and culture, the two governments discussed U.S. support for Iraq’s efforts to strengthen higher education in cooperation with American universities through, inter alia, the Fulbright program, the U.S. Embassy’s Higher Education Partnership initiative, and expanded U.S. support to the Liberated Universities Initiative.  The United States and Iraq intend to identify additional ways to support Iraq’s plans to reform higher education and strengthen U.S.-Iraqi university partnerships.  The two delegations also reviewed progress on their mutual efforts to preserve Iraq’s rich cultural heritage and religious diversity and reaffirmed their intention to cooperating in the return of Iraqi cultural property illegally imported into the United States to its rightful place in Iraq.

Last August, the Government of Iraq took possession of the Ba’ath Party Archives from the temporary protective custody of the Hoover Institution. The Department of State helped to arrange this transfer, and the Department of Defense transported these 6.5 million documents back to Baghdad.  These working files of the Ba’ath Party are part of the history of the people of Iraq and their return to Iraq can be viewed as tangible fruit of the recent U.S. Iraq Strategic Dialogue. The two countries also discussed progress on a U.S. grant to the Smithsonian Institution to continue and expand the Nimrud Rescue Project, which supports Iraqi objectives in cultural preservation.  Finally, the two delegations discussed ways to share the cultural and historical accomplishments of the Iraqi people with the rest of the world through online exhibits.

The two countries reaffirmed the importance of the strategic relationship and their determination to continue to take steps to enhance it in the interest of both countries and to achieve security, stability, and prosperity in the region.  The United States welcomed the opportunity to reaffirm and strengthen its partnership with Iraq.   The two governments look forward to further discussions of the above issues at a Strategic Dialogue Higher Coordination Committee meeting to be held at a later date.