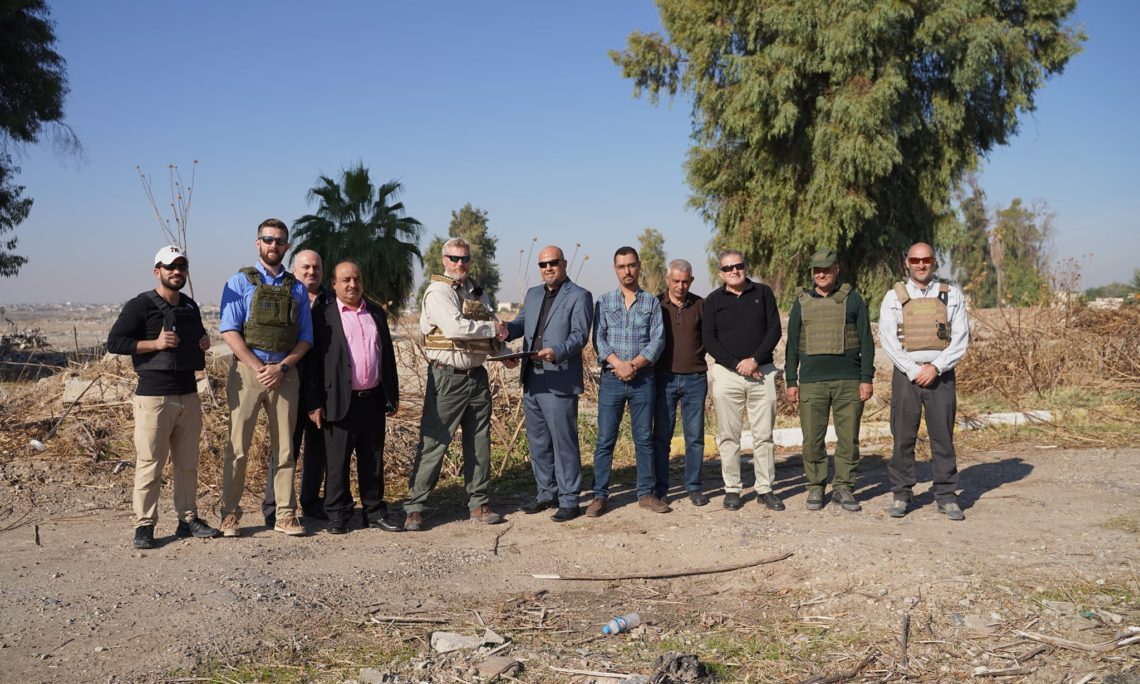 Following the completion of a U.S.-funded, 18-month demining project, the Nineveh provincial government assumed control of the Mosul International Airport during a turnover ceremony on November 5. Demining teams from Janus, TetraTech, and local Iraqi partner Al Fahad carried out the project from April 2018 to October this year. Together, the contractors cleared more than 170 explosive hazards, including unexploded ordnances, improvised explosive devices (IEDs), and bomb-making materials. The U.S. contractors also cleared significant amounts of rubble, enabling the provincial government to start rebuilding the airport.

The United States is the largest donor to conventional weapons destruction activities in Iraq, investing more than $498 million since 2003 toward the clearance of landmines, IEDs, and other explosive remnants of war as well as for risk education. U.S.-funded demining teams have cleared over 108,500 explosive hazards since 2016, including more than 17,000 ISIS IEDs. This support plays an integral role in enabling the restoration of critical infrastructure, the delivery of basic services, the return of displaced communities, and the resumption of local economies safe from buried ISIS explosives and the threats they pose.