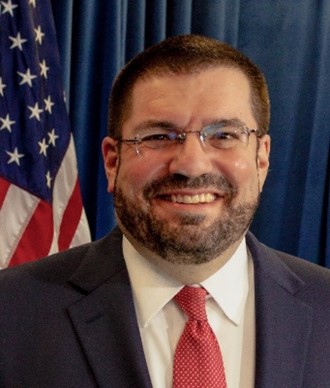 David Burger, a career member of the Senior Foreign Service, is Deputy Chief of Mission at the Embassy of the United States of America in Baghdad.  He has previously served in the same position in Athens and Ljubljana as well as Political Counselor in Kabul.  Previously Mr. Burger served as Director of the Bureau of Counterterrorism’s Office of South and Central Asia and Near East Affairs.  He has also been posted to Skopje, Ankara, Helsinki, Singapore, Lahore, and two other assignments in Washington.  Mr. Burger is a six-time recipient of the State Department’s Superior Honor Award.  He received his Master of Arts degree in Religious Studies at the University of Virginia, and his Bachelor of Arts degree from the same institution.  He is married to Carmel G. Burger; they have three children.