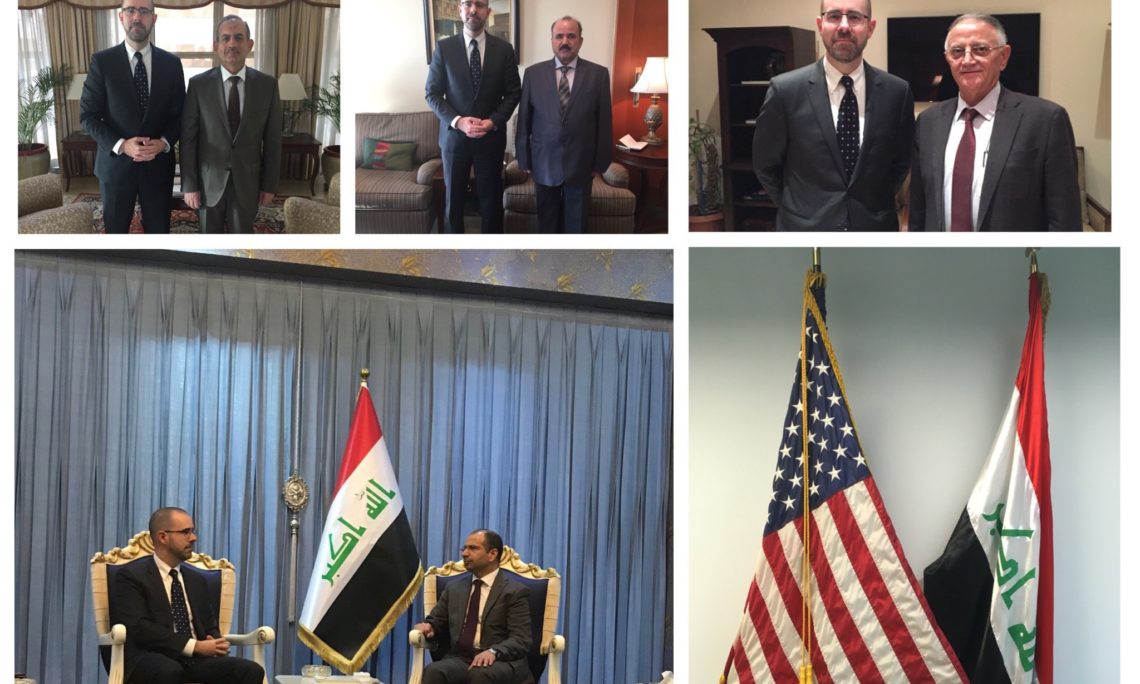 The Special Advisor to the U.S. Secretary of State for Religious Minorities in the Near East and South/Central Asia, Knox Thames, returned to Iraq November 28-30 for his second visit in three months. During this visit to Baghdad, the Special Advisor met with the Speaker of the Council of Representatives, Saleem Al-Jabouri, Chief Justice/ Chairman of the Higher Judicial Council Judge Faiq al-Zaidan as well as Members of Parliament from Christian, Yezidi, Sabean-Mandean and Turkman minority groups, and other religious leaders, judicial officials, and representatives of the United Nations in Iraq. They discussed challenges facing minority religious groups in Iraq and means to protect those groups whose communities suffered greatly at the hands of ISIS.

Special Advisor Thames spoke with these partners and with the local media about how the United States can support the Government of Iraq and its international partners to help minority communities recover from ISIS’ occupation. U.S. efforts to protect religious diversity in Iraq include promoting the equal treatment of all Iraqis and investing in the restoration of the cultural heritage of religious minority groups that was destroyed or damaged by ISIS. As the Special Advisor stated during his visit, “Protecting Iraq’s rich religious and cultural diversity is a priority for the Trump Administration and I am grateful to have had fruitful discussions with members of many of Iraq’s religious minority groups, as well as with the United Nations, about how the United States and the international community can advance efforts to protect these vulnerable groups.”