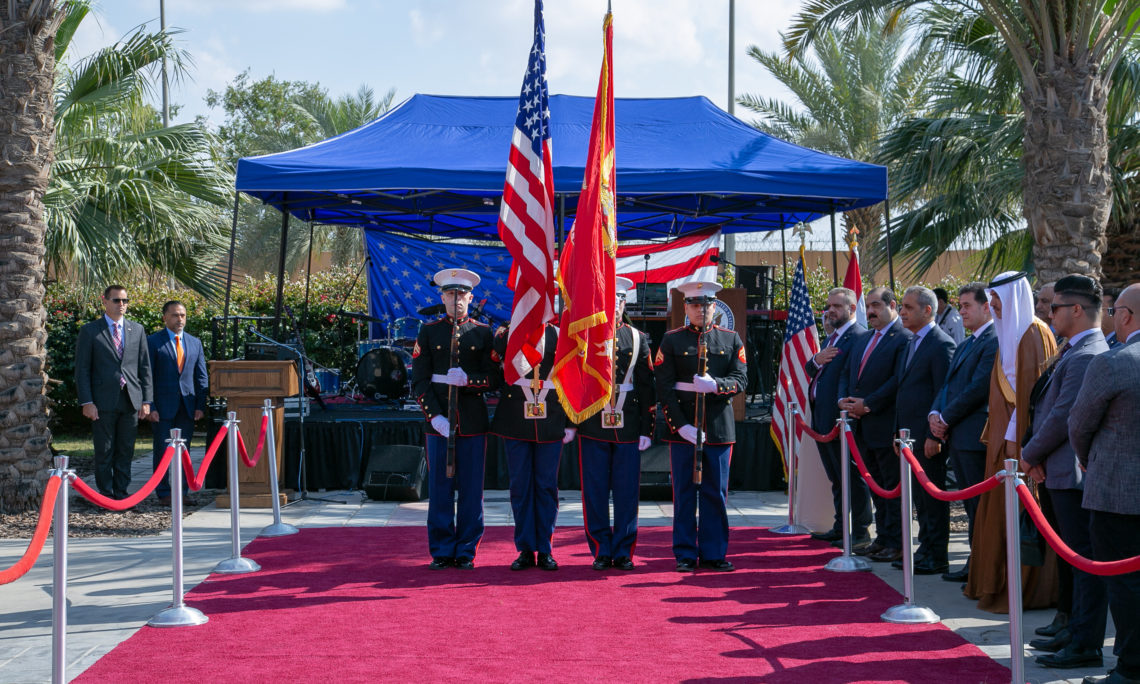 Office of the Spokesperson

The U.S. Embassy in Baghdad celebrated its national day on Monday afternoon, March 25, marking the 243rd year of American independence.

We were honored to have shared this memorable day with over 300 American and Iraqi government officials, diplomats of various nations, Iraqi civil society leaders, and business executives.  We are also grateful to the U.S. Navy Forces Band, “Flagship,” the members of which came all the way from Naples to provide entertainment for our guests.

On Independence Day, traditionally observed on July 4th, the United States celebrates the founding principles that bind the nation together: that all people are created equal and endowed by their Creator with the right to life, liberty, and the pursuit of happiness.  While this credo is 243 years old this year, the United States remains committed to these ideals.  We also honor the sacrifice of the men who signed the Declaration of Independence and put their lives, fortunes, and honor at risk.  Those men made the brave decision to put their country’s interest ahead of their own, and to work for the greater good; it is a model we strive to follow today.

Noting the hard work and sacrifice that the United States has made in improving its democracy over the past 243 years, Chargé d’Affaires Joey Hood said that “Iraq should take heart that building a country based on democratic ideals for all people is hard work and does not happen overnight.  However, a system built on the foundation of these principles will endure.  The belief in those inextinguishable rights – for all our citizens – is what makes our democracy strong, and not just on the Fourth of July, but every day.”