Home الصفحة الرئيسية | News & Events | The United States is pleased to have recently facilitated the return of seven ancient artifacts to Iraq. 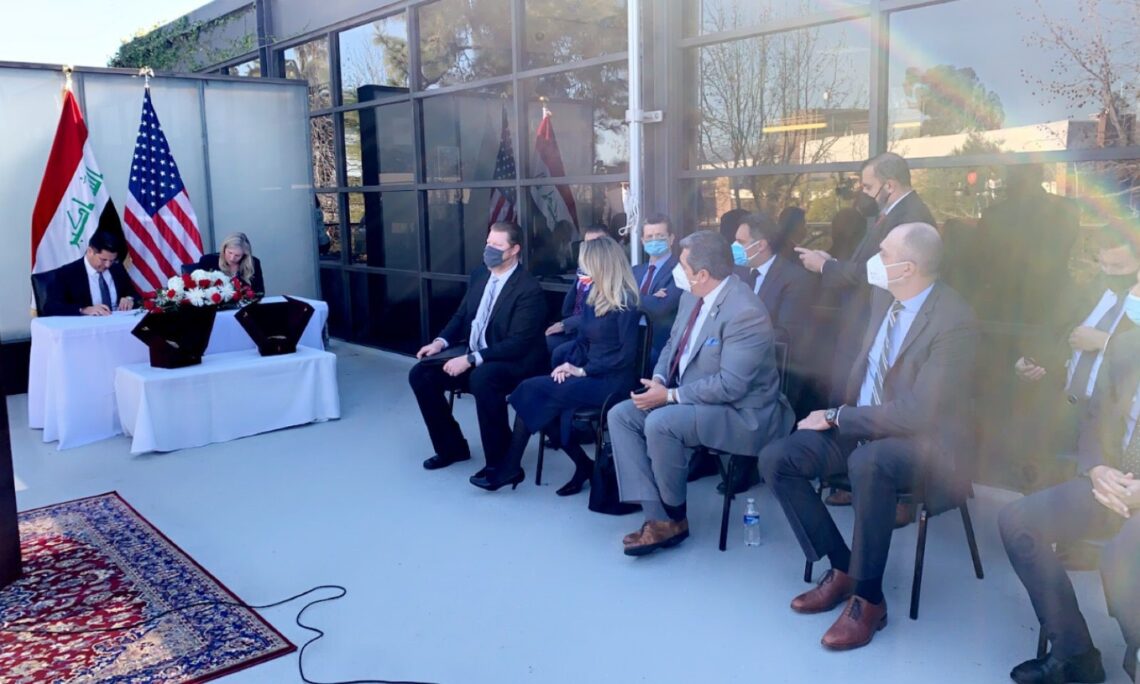 The United States is pleased to have recently facilitated the return of seven ancient artifacts to Iraq. Special Agents with Homeland Security Investigations (HSI) in California returned two of these ancient artifacts to Iraq on January 20 in a ceremony at the Iraqi Consulate in Los Angeles.
One of the artifacts is a partial cuneiform stone tablet. Experts say it is thousands of years old and may have left the country during looting at the start of the 20th century. The other artifact is a cuneiform prism. An expert in Sumerian literature says it likely originated from modern-day Iraq and is from the Old Babylonian Period 2000-1600 BCE. The inscribed text was used in Old Babylonian scribal schools to teach children how write. There are only two other prisms known with this text.
“Investigating cultural property and antiquities is a unique part of our mission at Homeland Security Investigations,” said Acting Special Agent in Charge Eddy Wang. “We are proud to return these artifacts, steeped in history, to the people of Iraq.”
“We appreciate HSI’s ongoing efforts and coordination to repatriate two extremely rare ancient Iraqi artifacts,” said Consul General Dr. Salwan Sinjaree. “These efforts highlight the significant cooperation between the Iraqi and American authorities. This level of collaboration also strengthens the friendship and the relationship under the Strategic Framework Agreement between both countries. It also enhances our ongoing measures to eliminate terrorism and other unlawful acts.”
In addition, the United States is proud to have facilitated the return of five additional artefacts to Iraq through the Manhattan District Attorney’s Office.
“Art is a window into the past, and particularly with pieces of this age, it’s often the only opportunity we have to study civilizations long-gone,” said District Attorney Alvin Bragg. “I’m honored to help make that possible today for the people of Iraq and committed to ensuring that stolen and looted antiquities trafficked in Manhattan are returned to their homelands.”
Ambassador Fareed Yasseen, Iraq’s envoy to the United States said: “I’m grateful to the Manhattan District Attorney and his Office for their ongoing and successful efforts to combat the smuggling of antiquities. In so doing, they have been able to repatriate these precious and historically significant antiquities to Iraq. This is another very tangible example of the longstanding cooperation and friendship between the United States and Iraq.”