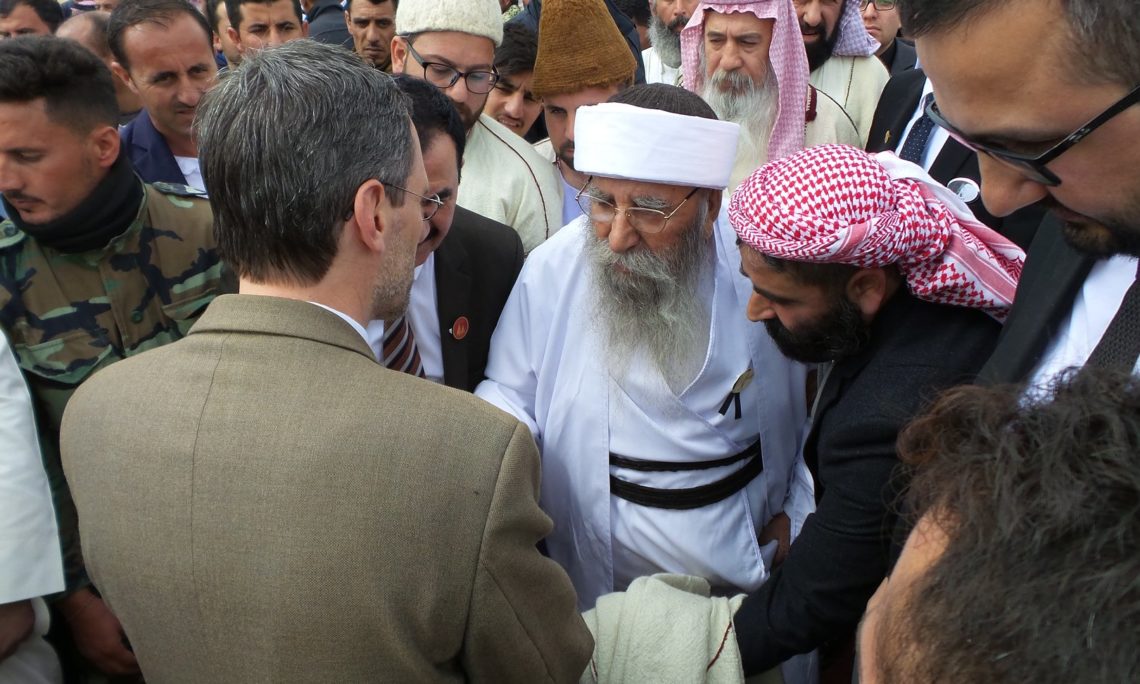 Chargé d’affaires Joey Hood, Special Representative for Minority Assistance Programs Max Primorac, and representatives of CJTF were honored to join the UN Investigative Team for the Accountability on Da’esh (UNITAD) in a solemn ceremony commencing its support to the Iraqi Government as they begin exhumations of mass graves located in the village of Kocho, Sinjar Region. The graves are from the August 2014 massacre of hundreds of Yazidi men and women and is the home of Nobel Prize winner Nadia Murad who was also in attendance at the ceremony.

The United States has contributed $2 million to UNITAD to begin its work in bringing justice to the victims brutally murdered by ISIS and reconciliation for the communities.