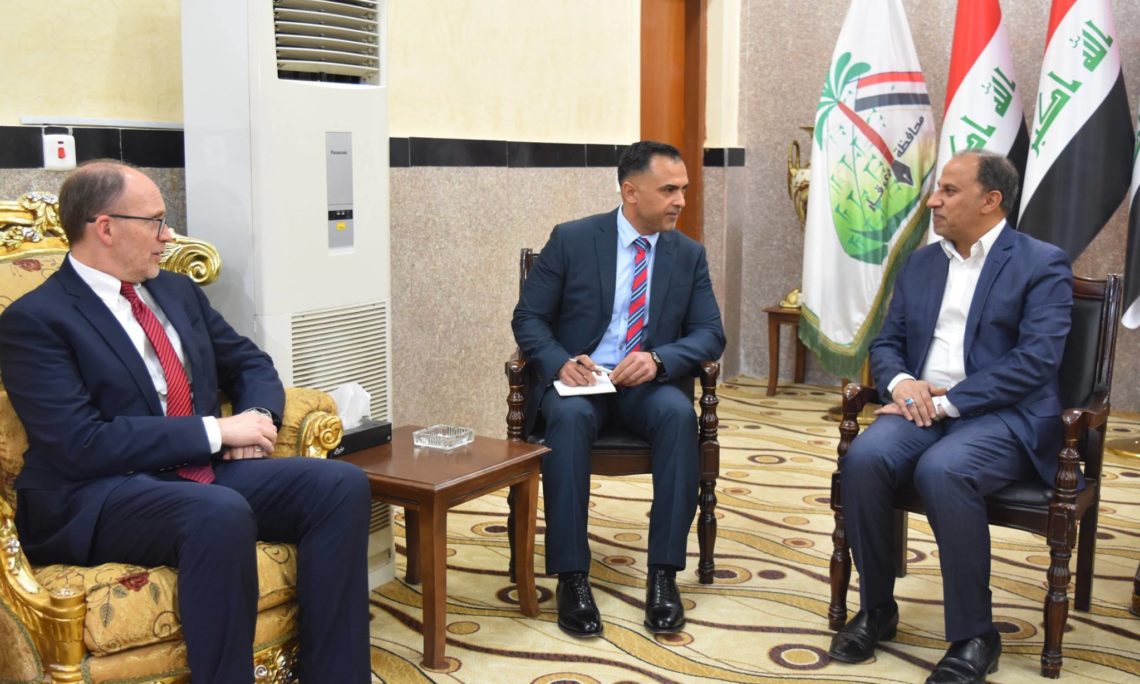 The Ambassador and the Acting Consul General visited Nassiriya, in Dhi Qar province, where they conducted meetings with the Governor, business leaders, and representatives from several minority groups in the province. They also toured the relic Mesopotamian landscapes of the Ziggurat of Ur, accompanied by a team of Iraqi and American archaeologists, and discovered some of the wonders of the 4,000 year old UNESCO World Heritage site.