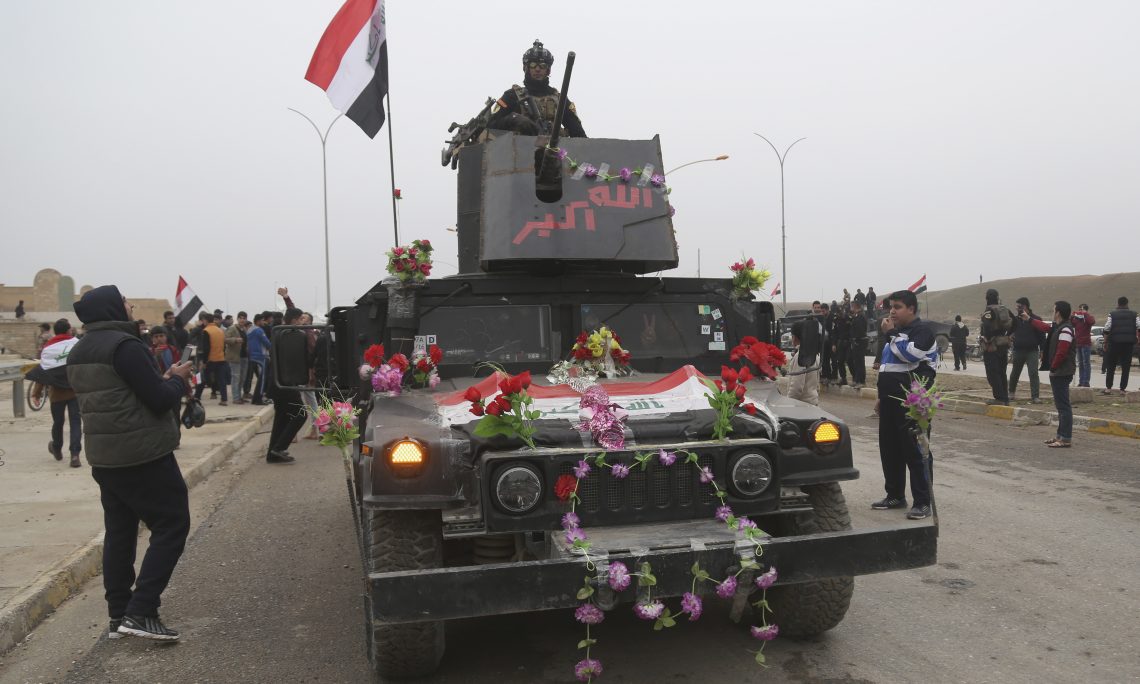 After a hard-fought campaign, the Government of Iraq announced the liberation of Eastern Mosul, January 24, 2017.  The United States congratulates the brave Iraqi Security Forces, including the Iraqi Army, CTS, Peshmerga, Federal Police and all formations of the Iraqi forces who fought valiantly against Da’esh, while minimizing civilian loses.

“I congratulate Prime Minister Abadi, Iraqi forces and the people of Iraq on another victory against Da’esh terrorists,” said U.S. Ambassador to Iraq Douglas Silliman.  “I commend the Iraqi Security Forces for their protection of civilians as well as the Iraqi and Kurdish Regional governments for their commitment to taking care of those who have been displaced.  The United States remains committed to supporting Iraq against Da’esh.”

While clearance operations continue, Iraqi government forces control all areas inside the city east of the Tigris River, including the East bank of the river around all five bridges crossing the Tigris River, Mosul University, and the Nineveh Ruins.

In Eastern Mosul, Da’esh showed its despicable nature by using children and other civilians as shields and using protected facilities such as hospitals, mosques, and schools as weapons storage facilities and bases for its terrorist operations.  Da’esh routinely targeted civilians fleeing the fighting, and systematically attempted to destroy critical infrastructure. The United States and the International Coalition will continue to support Iraq as it fights Da’esh elsewhere in the country and will continue to provide humanitarian and stabilization assistance to help displaced civilians return to their homes.