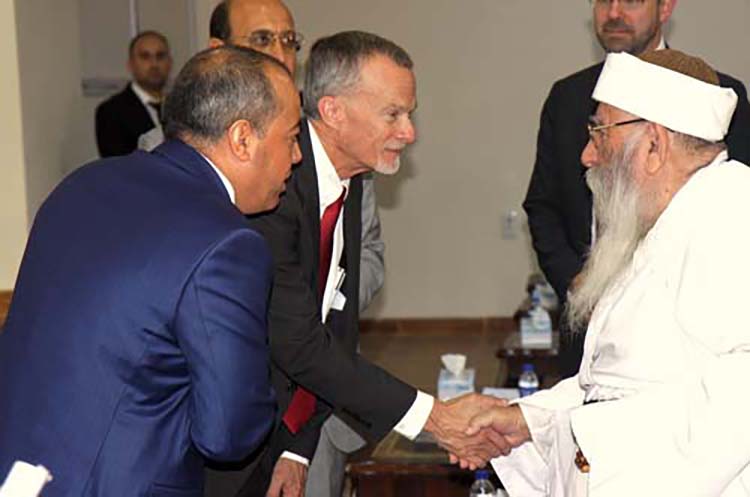 On August 3, Consul General Ken Gross and Special Advisor for Religious Minorities Knox Thames traveled to Lalish Temple in Ninewa Province to participate in the commemoration of the 2nd anniversary of the Yezidi genocide. Mr. Gross met with Yezidi spiritual leaders, laid flowers at the genocide memorial, and gave remarks noting that as much as this event is a commemoration of lives lost and atrocities suffered, it is also a time to recall and honor the strength, resilience, and perseverance of the Yezidi community.