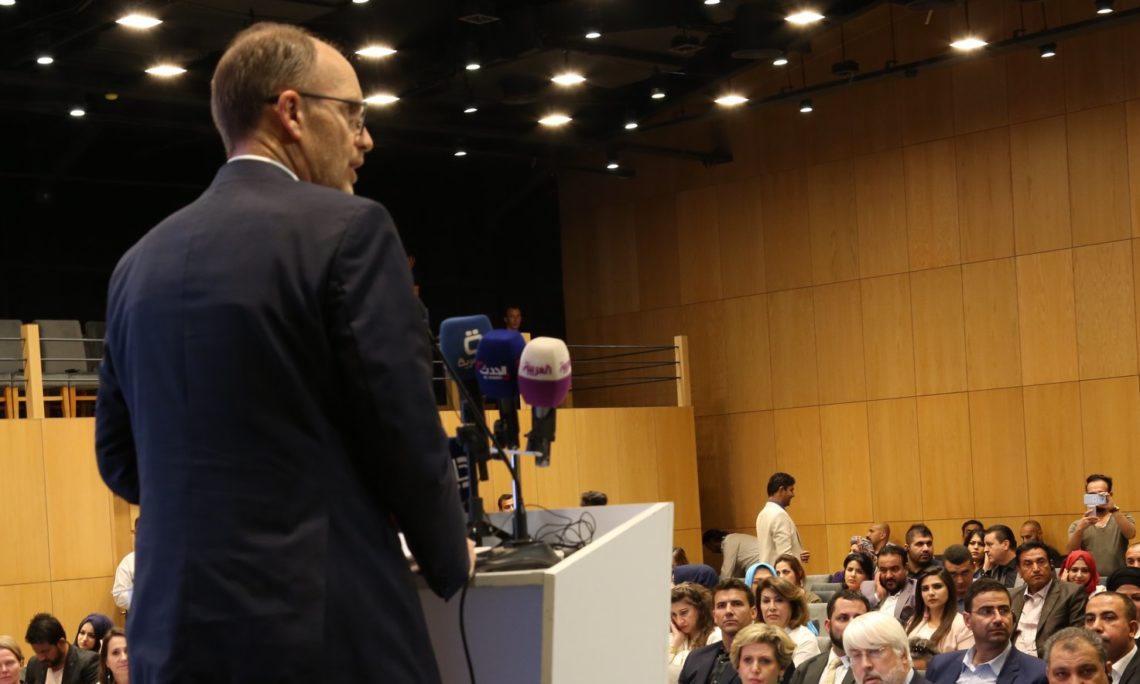 The U.S. Embassy in Baghdad was proud to celebrate World Press Freedom Day alongside the National Union of Iraqi Journalists, the Iraqi Women Journalists Forum, and the Journalistic Freedom Observatory in a special event at The Station on May 3. We hosted two discussion panels on the topic of “War Correspondents” and “The Role of Journalists in Building Peace After Conflict”, including visiting American speaker and media development expert Carol Daniel.

The United States values freedom of the press as a key component of democratic governance. By fostering a free press, citizens are more informed, active and engaged in political decision-making, and can better hold their governments accountable. In his remarks at the event, Ambassador Douglas Silliman said: “With victory against Da’esh on the battlefield, the work of Iraq’s media corps remains crucial to show how Iraq, with all its diversity, is coming together to build a future of peace”