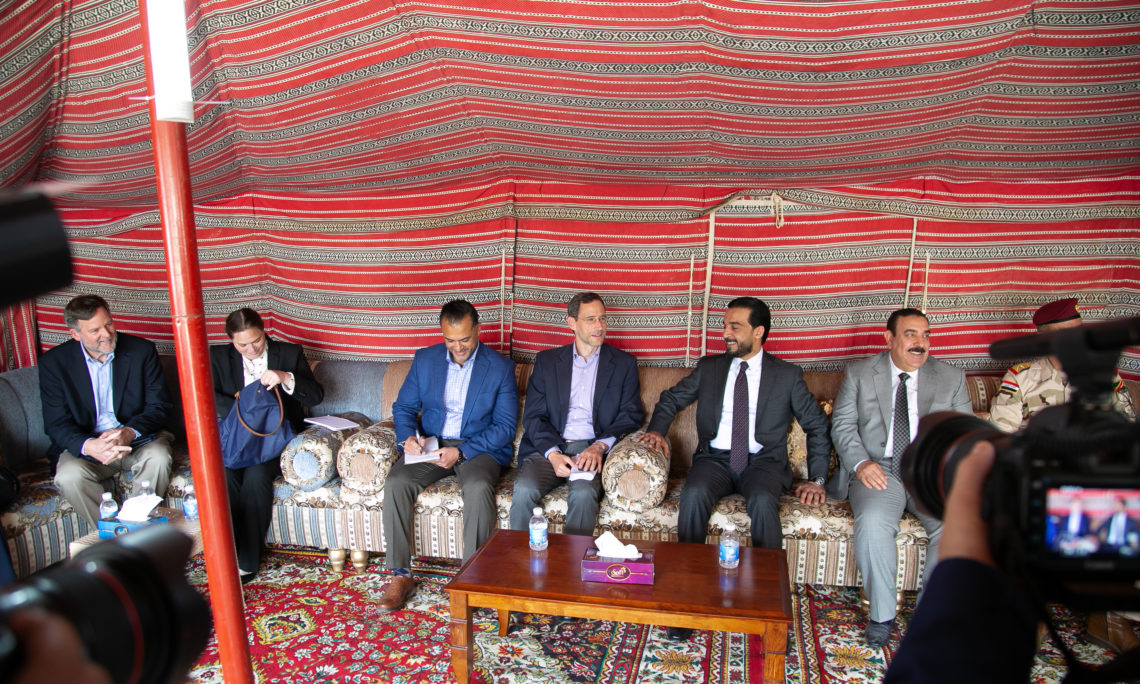 Today in Fallujah, Chargé d’Affaires Joey Hood announced that the United States Government intends to provide an additional $100 million to help stabilize liberated areas once held by the Islamic State.  The United States Agency for International Development will provide the funds to the United Nations Development Program (UNDP).  With this $100 million contribution, the U.S. Government will have provided $358 million to stabilization efforts in Iraq since 2015.

The Funding Facility for Stabilization is supported by the Global Coalition to Defeat ISIS and managed in cooperation with the Government of Iraq.  The United States and the GOI are committed to creating the conditions to allow displaced Iraqis to return to their homes and start to rebuild their lives.  Strengthened with new funding, this stabilization program will restore essential services, such as water, electricity, sewage, health, housing, and education.

In his announcement, the Chargé called on Anbar’s elected officials, tribal sheikhs, and residents to protect the project work sites and ‎do their part to re-integrate back into their communities all displaced Iraqis who wished to return home.