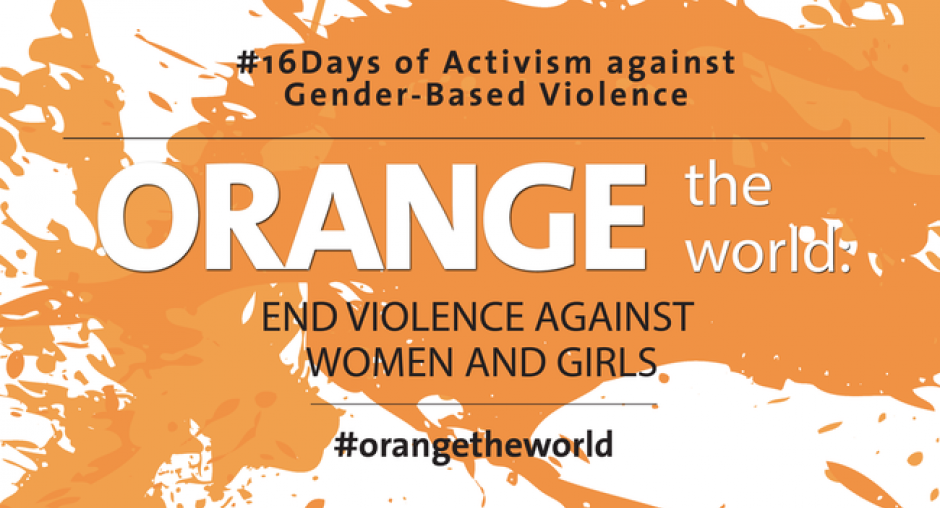 The 16 Days of Activism Against Gender-Based Violence is a global campaign that takes place each year from 25 November to 10 December. Widely known as the “16 Days Campaign,” it is used as an organizing strategy by individuals and organizations around the world to call for the prevention and elimination of violence against women and girls. As the campaign concludes, we take this moment to highlight the horrible abuses that Daesh has committed against women of all faiths in Iraq. Daesh has kidnapped thousands of women and girls, some as young as 10 years old. They’ve been separated from their families, sold as slaves, or forcibly married to Daesh terrorists.

Several thousand Iraqi women and girls remain in Daesh captivity. Young girls are brutalized and sold in the markets as property. Daesh has trafficked hundreds if not thousands of Iraqi women to Syria. Iraqi women of all faiths have been subjected to Daesh atrocities.
The horrific experience of Yezidi women at the hands of Daesh is just one example. Almost immediately after Daesh’s advance at Mt. Sinjar, representatives of the Yezidi community shared the terrible stories of suffering they were hearing from relatives trapped on the mountain. Rescue efforts were able to help many of these women but not everyone was able to escape.
The brutality and criminality of Daesh knows no bounds, and this is particularly true in their treatment of women.
The defeat of Daesh and the defense of human rights, especially the rights of women, go hand-in-hand. The American people stand alongside the Iraqi people in condemning the horrific violence committed against Iraqi women by Daesh. Make no mistake; Daesh is being defeated on the battlefield by the brave Iraqi forces supported by the United States and its coalition partners. After areas are liberated from Daesh’s tyranny we also need to have a support system in place to help women brutalized and traumatized by Daesh to heal.
Fortunately help is already underway. Last year, the U.S. government partnered with Iraqi NGOs and companies to launch a public-private partnership that provides medical, social support to women, well as shelter and basic needs. This support is delivered through mobile clinics, shelters and individual outreach workers in the field. This initiative has helped the brave women and girls who have escaped Daesh captivity.
We join Iraqis of all faiths in looking forward to a time when Daesh’s atrocities are a thing of the past; a time in which women are not just protected but empowered. We know that there is a direct connection between the protection of women and their participation in civil life and governance. A perfect example is Nagham Nawzat Hason who was honored earlier this year with the U.S. Department of State’s coveted International Woman of Courage Award. Hasan has spent the last 15 years promoting equality for women and providing psychological help to victims of gender-based abuse. She received the award alongside women from around the globe who have exemplified exceptional courage and leadership in advocating for human rights, women’s equality, and social progress, often at great personal risk.
During the ceremony honoring Nagham, U.S. Secretary of State Kerry remarked: “Preventing and dealing with the effects of gender-based violence is a fundamental moral issue; a basic question of right versus wrong. Some issues are colored by nuance and complexity, as we all know – particularly as we know in this building. But this issue is a matter of moral clarity.”
Women’s rights are human rights and violence against women is a violation of our global humanity. Everyday Iraqi women demonstrate excellence, courage, and dedication to their families and country. The cowardly actions of Daesh cannot diminish these truths.